Benny started out in the band of the singer Christina Grönvall, who later became his girlfriend and mother of his first two children. From there he went on to a group called Elverkets Spelmanslag. For one of their gigs, they hired the musician Svenne Hedlund as a chauffeur. At that time, Svenne Hedlund had just started his band The Hep Stars, and he became impressed with Benny's work on the organ. When The Hep Stars needed a replacement on the organ, Svenne contacted Benny and he became an official member in 1964.

Early in 1965, The Hep Stars released their first full album We And Our Cadillac. In March, they performed the song Cadillac from the album on the TV show Drop-In, and the success was immediate. Their frenzied success in Sweden eventually earned them the moniker The Swedish Beatles.

Up to then, The Hep Stars had only performed other people's songs but, Benny, not satisfied with the songs available to record, began to write some of his own. The first of these was No Response, followed by his first big hit, Sunny Girl. These were followed by other Benny compositions including Wedding, Consolation, She Will Love You, Like You Used To Do and It’s Nice To Be Back Again.

In 1966, Benny met Björn at a party and they soon decided to write a song together, which became Isn’t It Easy To Say, recorded by The Hep Stars. As the 1960s progressed, Benny worked more and more with Björn to write songs for their respective groups and for other artists, for which they formed their own publishing company, Union Songs, together with Stig.

The Hep Stars split in 1969, and Benny went on to co-work with Svenne and his wife Charlotte "Lotta" Walker. The same year, he wrote the song Hej Clown with Lasse Berghagen for that year’s Melodifestivalen (Sweden’s Eurovision pre-selection). At the event, he met another participating singer, Anni-Frid “Frida” Lyngstad, and they were engaged a short time later.

In 1970, Benny and Björn released the album Lycka on which they sang a number of their compositions in the hope other artists would decide to record them. This album featured Hej Gamle Man, the very first track to feature all future members of ABBA, as Frida and Agnetha provided the backing vocals.

In 1971, Björn convinced Stig to hire both him and Benny as the staff producers for Polar Music, and they were on their way to the eventual formation of ABBA.

In 1983, Benny and Björn began work on writing songs that would be included in their musical collaboration with Tim Rice, Chess. A studio album of the show was first released in 1984, resulting in singles Nobody's Side (Elaine Paige), The Arbiter (Björn Skifs), I Know Him So Well (Elaine Paige and Barbara Dickson, #1 hit in the UK), and One Night In Bangkok (Murray Head, #3 in the US). The stage version of Chess first opened in London in May 1986, where it ran for three years. The considerably reworked Broadway version opened in April 1988 but closed after only two months. A Broadway cast recording produced by Benny was still undertaken and released. Chess has enjoyed continued popularity with productions undertaken all over the world, each attempting to meld the best of the UK and US shows. During the 1990s, Chess in Concert was performed in Sweden with a recording produced by Benny released. Additional English studio cast recordings were released of two Danish productions in 2001 and 2012. Chess På Svenska ran to great acclaim in Stockholm in 2002-2003 with a Swedish translation by Björn and others. It starred Helen Sjöholm, Tommy Körberg, Anders Ekborg and Josefin Nilsson, and a cast album produced by Benny was released featuring several new songs. In 2008, Tim Rice staged his “definitive” version at Royal Albert Hall starring Idina Menzel and Josh Groban (available on DVD & CD).

In 1985, Benny and Björn produced and mostly wrote an album for Gemini, consisting of brother and sister duo Anders and Karin Glenmark. One of the songs was Just Like That, recorded by ABBA in 1982 but not released. A second album, Geminism was released in 1987, from which the most well-known song was Mio min Mio, which formed part of the soundtrack to the film of the same name.

In 1989, Benny and Björn wrote three songs for a mini-musical called For Doina Cornea, performed by the World Youth Choir and Tommy Körberg at a concert in Stockholm. Only The Conducator was released, first the live version on the concert album, then a studio version on Benny’s second solo album November 1989.

Further Andersson/Ulvæus compositions appeared in this period including 1990's Upp Till Kamp, recorded for the International Equestrian Championships by Tommy Körberg, and 1991’s Beatrice, recorded by Kalle Moreaus (from Orsa Spelmän), both released as singles.

Benny co-produced a CD in 1990 titled Fägelsång I Sverige which contains examples of birdsong and a booklet showing each bird. Benny has a special interest in birds native to Sweden.

In 1991, Benny wrote two songs with Marie Nilsson for the cabaret act Ainbusk Singers. Both, Jag Mötte Lassie and Älska Mej, were released as singles with Lassie reaching #1 on the Swedish charts. The following year, Benny wrote the title song for the European Football Championships, hosted in Sweden.

Benny and Björn returned to pop territory in 1993 with the release of Josefin Nilsson's Shapes, an English language pop album consisting of ten new Andersson/Ulvæus songs. Subsequent Björn and Benny compositions have listed Benny writing the music and Björn writing the lyrics.

Benny and Björn's most ambitious project was the musical Kristina Från Duvemåla which opened to rave reviews in Malmö in October 1995, then moving to Gothenburg and Stockholm until 1999. Starring Helen Sjöholm, Anders Ekborg, Peter Jöback and Åsa Bergh, it was based on the epic Utvandrarna series of books written by Vilhelm Moberg about Swedish emigrants to America in the 1850s. A 3-CD studio recording was released at the end of 1996, producing five singles including Guldet Blev Till Sand (Peter) and Du Måste Finnas (Helen). An English translation was undertaken by Björn and Herbert Kretzmer (Les Misérables) resulting in concert versions at the Carnegie Hall in 2009 (released on CD) and the Royal Albert Hall in 2010. These performances starred Helen with Russell Watson.

Benny has composed many pieces of music for specific events or occasions such as a special version of Dancing Queen with additional music recorded in 1996 for the Swedish equestrian entry in the Atlanta Olympic Games. In 1997, by request of a Swedish archbishop, Benny wrote the music for Innan Gryningen, a psalm with lyrics by Ylva Eggehorn and performed by Emma Hardelin released to mark the millennium. He has composed two ring tones, the first in 2003 for his hotel Rival in Stockholm (Rival Theme) and the second in 2005 for the Swedish Red Cross (Red X-Mas) which were available for download from their websites. The former was adapted in 2008 into the song Jag Vill Bli Gammal for comedian Sissela Kyle and the latter in 2007 into Godnattvisa for BAO. He has also been prolific in music for shows, composing for several Swedish television productions (Duvslaget 1994, I Fru Vennermans Fall 1994), plays (Mio Min Mio 1997, Jag Har Ett Flygfotografi Av Kärleken 2012) and films (Nu Är Pappa Trott Igen 1996, Sånger Från Andra Våningen, Puder 2001, Du Levande 2007, Palme 2012 and Cirkeln 2014).

Benny has frequently appeared as a guest musician and producer on other artists’ records, including those by Niklas Strömstedt, Görel Crona, Anne-Sofie von Otter, Triakel, Ensemble Tblisi, Per Myrberg, Frida Hyvönen and Cowboy Bengts. 1998 saw the first of the B & B concerts, paying tribute to the music of Björn and Benny from the 1960s to 1990s, featuring Anders and Karin Glenmark, Tommy Körberg and Helen Sjöholm. Benny played at one concert and also recorded and produced a live recording from the project.

Benny and Björn were actively involved in the production of the musical Mamma Mia!, based on ABBA's music with a story by Catherine Johnson and produced by Judy Craymer. The musical opened on 6 April 1999 in London, 25 years after ABBA's Eurovision victory, and was an instant success. Further productions were staged in dozens of cities on six continents with the Broadway production opening in October 2001. A film version was released in 2008, starring Meryl Streep and becoming a worldwide hit, especially in the UK where it was the #1 movie of the year. Björn and Benny both appeared in the film briefly, and Benny was responsible for the soundtrack. Cast recordings are available in English of the original London cast and film cast, but also in Dutch, German, Spanish, Swedish, Korean, Russian and French, to name a few.
In 2018, the successful sequel Mamma Mia! Here We Go Again hit the screen. As the story went back in time, it included the same actors that appeared in the first film as well as younger versions of them. At the end of the year, Benny produced Cher's Dancing Queen, an album with ABBA songs.

Benny's most long-standing activity since ABBA has been with his band Benny Anderssons Orkester (BAO), consisting of fourteen musicians including all of Orsa Spelmän plus Helen Sjöholm and Tommy Körberg on vocals. The music is mostly composed by Benny with lyrics usually by Björn. They released their first album in 2001, followed by several more albums including a Christmas one, a live album, a best of album and a box set which included a DVD with documentaries. They have had immense success with many #1 hit singles in Sweden and popular (mostly) open air tours throughout Sweden. They also performed in Glasgow in 2001, in Minneapolis for the American Swedish Institute in 2006 and in London in 2009.

Various Benny and Björn compositions were released over the years including Barbara Dickson’s The Day The Wall Came Tumbling Down (2002) as a website download. They also wrote two promotional songs for Benny’s Hotel Rival, 2nd Best To None in 2009 and Merry Christmas, My Friend in 2010, both sung by hotel staff. When Sweden’s Crown Princess Victoria wed Prince Daniel in 2010, Björn and Benny composed the choral piece Vilar Glad. I Din Famn for the ceremony, which was later released as a single. When Eurovision returned to Sweden in 2013, the show in Malmö featured the anthem We Write The Story by Björn and Benny with Swedish DJ and producer Avicii.

Benny's music has gained the respect of his peers as the years have progressed, and he has received numerous awards and honours including doctorates from the University of Stockholm in 2008 and Luleå University of Technology in 2012. He also continues to support music education charities and provides scholarships to Stockholm’s Institute of Music Education.

Benny composed and helped perform En Skrift I Snön for the October 2012 inauguration of the “Super Organ” in Piteå’s Acusticum. The piece included a portion of Benny’s Hep Stars song Wedding.

Björn and Benny also contributed the songs for Kristina Lugn’s play Hjälp Sökes. A soundtrack was released in 2013, and the show was broadcast on Swedish Television in January 2014.

Benny opened a new studio, Riksmixningverket (RMV), with his son Ludvig next to Mono Music's offices. Their first film production was an adaptation of the book Cirkeln by Mats Strandberg and Sara B Elfgren, released in 2015 with music by Benny. The soundtrack wass only released digitally.

Kärlekens Tid is another album produced by Benny in cooperation with Gustaf Sjökvists Kammarkör and released in 2015. It contains music by Benny (with some lyrics by Björn). The Choir is accompanied by Benny playing the piano.

In 2016 Benny featured on the Systerpolkan CD Randig Kjortel Systerpolkan. He takes credits for playing the piano, accordion, synclavier and the production. He also performed with them a couple of times.

In 2017, Benny released another solo album, Piano, for which he proudly received the Opus Klassik Award. The album was released by Deutsche Grammophon and featured classical – piano only - versions of songs he has written for ABBA, musicals and other occasions. We and our cadillac 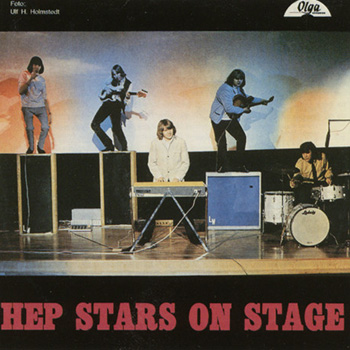 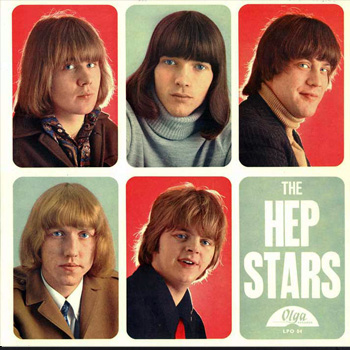 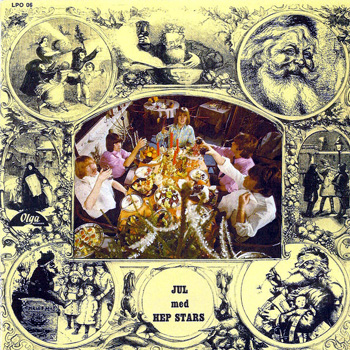 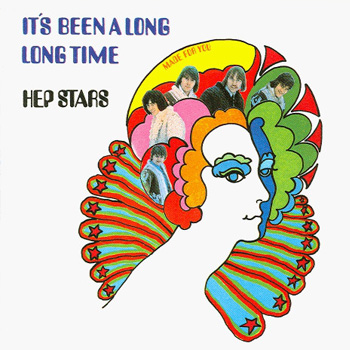 It's been a long long time 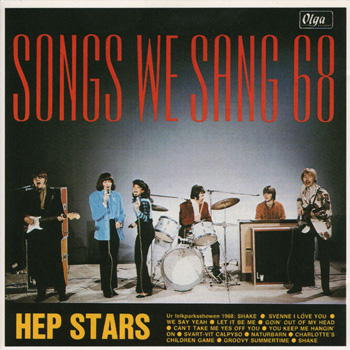 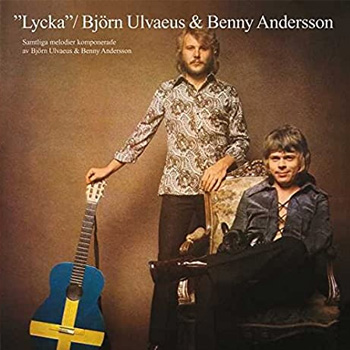 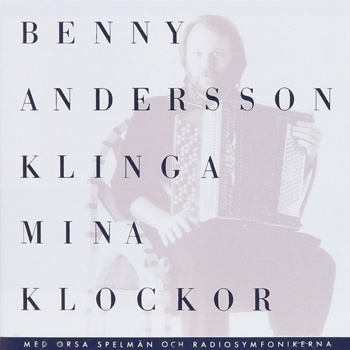 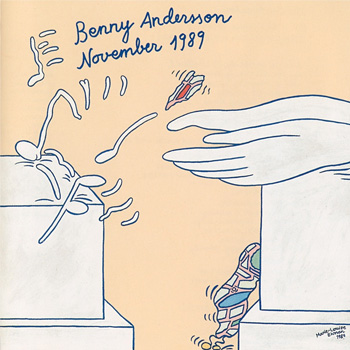 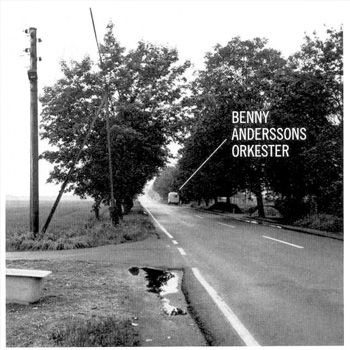 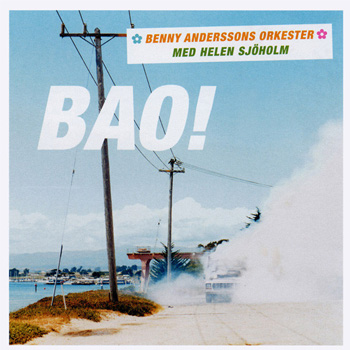 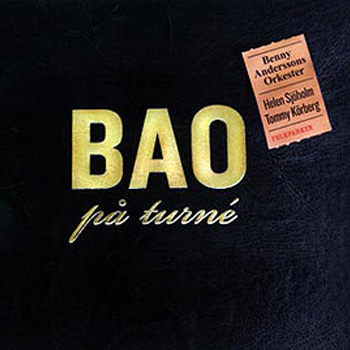 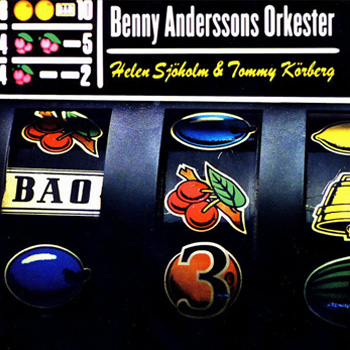 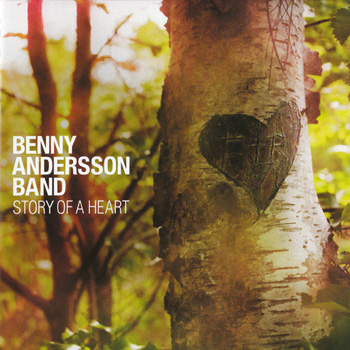 Story of a Heart 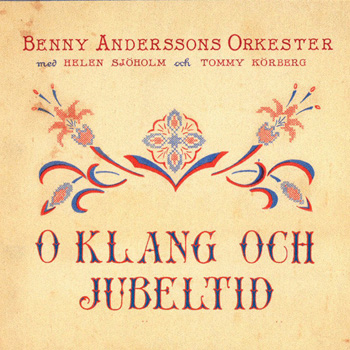 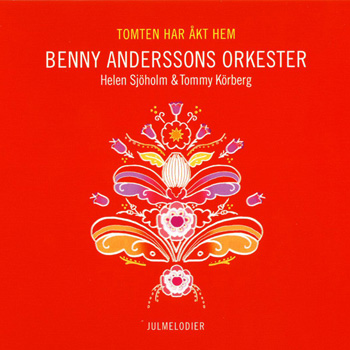 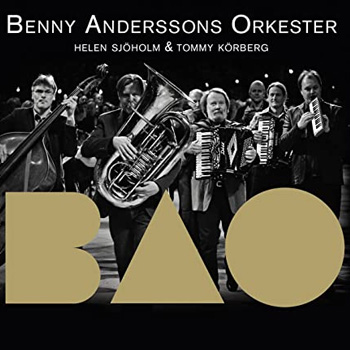 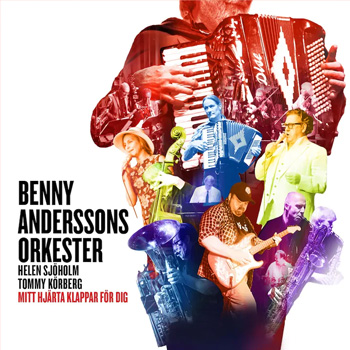 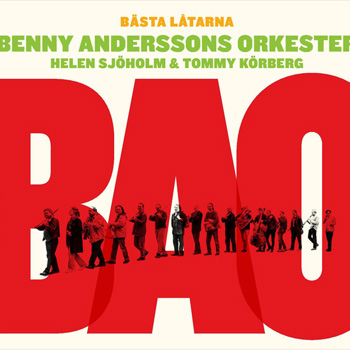